The Transformation of the Off-campus, Private Education Industry in the light of the Release of the “Double Reduction” Policy

In late July 2021, the Chinese government released new regulations affecting private education operators putting an end to the golden age of online learning companies. These new regulations will dramatically change the face of K-12 education and have a ripple effect on the entire market for years to come. Market leaders are scrambling to adapt to the new situation which has left some private companies with a 70% loss in annual revenue.

To begin with, what are the new regulations put in place by the Chinese government?

These are only some of the new rules put in place by the Chinese government and in the last three weeks since they’ve been implemented there have been even more changes. Despite these drastic measures, with change comes opportunity.We’ve summarised the market response and come up with an EDT perspective and analysis of not only the challenges, but also the opportunities that we see on the horizon.

Want to download the full report?
Leave us your email and receive it in your inbox. 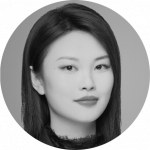 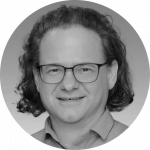 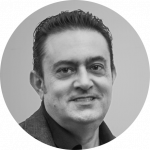 In the past couple of months, some information has emerged about an impending change of policy concerning non-compulsory education and young learners in China.

On March 3rd, The Fly quoted Bloomberg and commented on New Oriental Education & Technology Group shares falling “following a report that some local governments in China are carrying out inspections of after-school tutoring institutions and have suspended offline classes until further notice”. This news affected other online learning companies, such as TAL. Despite downgrading, the shares of both companies have held with minor losses.

On March 26th, investment bank Jeffries reported that China may ban the use of online education for students below seven years of age “and may also ban online education companies from advertising in Chinese state-owned media” (see the source here).

Little is known about the extent of these potential changes. What is well known to all operators is that educational authorities are pursuing enforcement of existing regulations for online tutoring organisations. For example, government inspections have been occurring to ensure all teachers have government-required qualifications irrespective of their location (in China or overseas).

Having said this, a change in policy may be in the making if we take into consideration other news released in recent weeks. We refer, in particular, to an article in The Global Times (April 1st) about the MoE discontinuing “the Main Suite Exams (MSE), a worldwide recognised English qualification designed by Cambridge Assessment English”. This news adds to the stance defended by some lawmakers that English should be removed as a core subject from the Chinese curriculum (see here for the latest on this reoccurring saga).

It is too early to say how new policy and other changes will affect the public and private education segments. As market players in China understand, new government policies and pronouncements have an unpredictable impact until provincial and district-level authorities interpret and attempt enforcement in line with the perceived urgency of the Ministry of Education and other central government policy makers. What seems clear at this stage is that the new policies will affect the entire non-compulsory education sector (whether offline or online).

We understand that some of these changes are welcomed by families especially as they choose from a flooded market of sometimes dubious educational offerings. The MoE is adamant about reducing the pressure on students (for example, secondary schools are no longer allowed to recruit students based on competition results and certificates). The government also wants to ensure that private institutions comply with policies around providing quality education (the drive for adequately qualified teachers has been going on for some time). Another macro policy goal is an attempt to level the playing field between the top middle and high schools and the rest (the recently implemented admissions for both private and public schools based on a lottery rather than one’s home location or student ability).

Whether there is also an interest in regulating the emergence of new market entrants — and the massive investment that is going into mature startups and listed companies — remains to be seen. Across many education sub-sectors, customer acquisition costs are reaching thousands of yuan with some companies spending 2-3x their revenue on advertising. Competition among online tutoring centres is fierce, as we know, and it may well lead to a situation where equity capital to fuel advertising and market share grabs runs dry and only the fittest survive via mergers and acquisitions. This impression is reinforced by recent news released by South China Morning Post about the authorities fining some operators for “false or misleading pricing methods”. Again, this is not the first time that we see companies penalised in this respect.

Leaving aside the need to regulate the space, It is EDT’s impression that the Government is primarily interested in consolidating quality in private education offerings. Families spend a considerable amount of their disposable income on supplementing the education of their children. It is only natural that the authorities concentrate on safeguarding standards and favouring compliance across the different operators. In this context, solid programmes, sound technology and optimal instruction will continue to make a difference for all the agents in the education value chain.

At the end of the day, we may also be talking about changes that affect how Chinese society perceives education. The administrations of other Confucian countries in the region have tried to alleviate the pressure exerted by some parents on children. In countries like Korea or Singapore, change is slowly happening. It remains to be seen how operators and families will adapt to a similar push in China.

This is a space to share our vision of education globally, in a personal way through our knowledgable and experienced team members, thus allowing you to imagine, inspire and improve your educational vision.

A cookie is a file that is downloaded to your computer when you access certain web pages. Cookies allow a web page, among other things, to store and retrieve information about the browsing habits of a user or their equipment and, depending on the information they contain and the way they use their equipment, they can be used to recognize to user.

Technical cookies: cookies that allow user to browse a website, platform or application, and using the different options on services included on these, including those cookies used by the editor to allow operation and management of the website and enable its functions and services, such as controlling data traffic and communication, identifying the session, remembering the items added to their cart, completing the payment process, managing payment, controlling any fraud linked to service security, completing event sign up or participation requests, counting visits for the purposes of invoicing the licenses for the software which allow the service to operate (website, platform or application), using safety elements during browsing, storing contents for video or audio broadcasting, enabling dynamic contents (for example, loading animation for a text or image) or share contents in social media.


Preferences or personalization cookies: cookies that allow to remember information, so that users may access the service under certain conditions that distinguish their experience from that of other users, such as the language, the number of search results to be displayed, the aspect or contents of the service depending on the browser though which or the region from which it is accessed, etc.


Cookies Analytics: They allow the monitoring and analysis of the behavior of the users of the websites to which they are linked. The information will be used for evaluating the activity of our website and compiling reports on website activity in order to introduce improvements based on the analysis of the usage data made by the users of the service.


Advertising cookies: They allow to manage the advertising spaces, in the most efficient way possible, that have been included in our webpage based on criteria such as the edited content or the advertising frequency

For more information about Chrome click on this link.

For more information about Safari click on this link.

For more information about Firefox click on this link.

For more information about Internet Explorer click on this link.

For more information about Microsoft Edge click on this link.
Necessary Always Enabled
Necessary cookies are absolutely essential for the website to function properly. These cookies ensure basic functionalities and security features of the website, anonymously.
Functional
Functional cookies help to perform certain functionalities like sharing the content of the website on social media platforms, collect feedbacks, and other third-party features.
Performance
Performance cookies are used to understand and analyze the key performance indexes of the website which helps in delivering a better user experience for the visitors.
Analytics
Analytical cookies are used to understand how visitors interact with the website. These cookies help provide information on metrics the number of visitors, bounce rate, traffic source, etc.
Advertisement
Advertisement cookies are used to provide visitors with relevant ads and marketing campaigns. These cookies track visitors across websites and collect information to provide customized ads.
Others
Other uncategorized cookies are those that are being analyzed and have not been classified into a category as yet.
SAVE & ACCEPT